FlipBlog – Picture it with the inflection of the Star Trek’s “Captain’s Log” as I say it please.

Alright, I promise to refrain from too many nerdy references for my blog, but I have to stay at least a little true to myself.

The purpose of this blog is to inform the public of what we have going on as we venture into the space of doing flips under a new organization.

For those of you who know me (and those curious as to a little backstory), my name is Ryan Schroder and I am the owner of VSM Real Estate – a Property Management, Investments, Brokerage company out of St. Paul. Starting in 2010 I started buying properties with my business partner Goran Vejzovic (the “V” in VSM). In 2010 the market was totally different than it is today!

Everyone was running from the market, people were doing short sales and foreclosures left and right. Even though the two of us had no experience in property management, we saw the market was ripe for it and it fit within our long term goal of owning a vast portfolio of rental real estate.

We used the property management business as a way to acquire property. Often times prospective clients would have homes that they owed what it was worth but with closing costs, commissions, repairs and other expenses they’d have to come to closing with a check. We offered those folks a way out through buying on a contract for deed (CFD for short). We bought many properties no money down.

We were lucky enough to be in the right market at the right time, and while there may have been some skill involved, I am pretty sure it was at least as much timing as anything. Soon though the ability to buy on a CFD fizzled out.

We then brought in a third partner, Dario Klasic, who had been doing the maintenance coordination for our rentals, to be the missing link in terms of access to contractors and that whole side of the equation.

We bought plenty of distressed homes over a 4 year period and we kept several as rentals, we sold a bunch for a profit, and we even dabbled into the new home construction market.

However, all good things must come to an end, and the three of us felt like it was time to proceed separately with other ventures etc. It was both a nervous and exciting period of my life since that decision was made last summer, but in hindsight, it was absolutely the right move.

It has forced me to learn and grow as a person to both perform what the former partners did and also shape the identity of the company. Part of that process included getting a general contractor’s license (which even though its open book, is very difficult).

Fast forward to present day and so begins the blog of – My first flip (on my own).

The property address is 652 Magnolia Ave E St Paul MN – I bought it in December of 2018 from a wholesaler Xceptional Investments.

The story starts with my contractor Jeremy meeting me at the property to do a walkthrough in early December. For those who don’t know, the flipping business is not for the faint of heart, and the excitement began the moment we stepped on to the property.

Picture if you will; a muddy front yard, filled with trash and debris. You walk past this to a foyer, not surprisingly filled with more trash and debris…Making your way to the front door which appears to have been kicked in so many times it can barely pass as a functioning door any longer. We walk into the tiny living room meeting face to face with the 5 current occupants and their 2 adult pitbulls. You now have 7 individuals and 2 dogs standing in a room all of approximately 150 sq ft.

It is always an awkward experience to wade through someone else’s less than desirable living situation and evaluate how it can be to your advantage. I am known to be soft-hearted and tend to feel some sympathy for another one’s plight, but that attitude towards the occupants would quickly change…more to come on that.

Jeremy and I run a quick walkthrough of the house. Fortunately for me the scope of work was almost entirely of the cosmetic nature.

New Carpet and Flooring throughout
Bathroom remodel (flooring, toilet, vanity, and resurfacing of the claw foot tub)
Paint and repair the cabinets
New appliances
We were stoked! We felt we found a potential flip that was priced right, was in the scope of our capabilities and was only 7 minutes from my office!

I made in hindsight a foolish all cash offer to close in a week. Looking back, I should have negotiated the price down, but the wholesalers were smart in that they schedule all of their showings concurrently to create the perception of a huge market for the property triggering buyers to make emotional decisions. It worked on me, but I’ve since learned from it.

Offer accepted and we are on our way to closing. Now remember the 7 people and 2 pitbulls?…Here’s where my relationship with the occupants started to sour. The occupants suddenly determined that they needed to stay in the property and would be holding over past the closing date. We came up with a plan that the first month of rent was reduced from their payout and credited to me at closing, they had exactly one month to vacate the property and the agreement was that they’d be taking all of their things with them and NOT damaging the property.

As you may have already guessed, neither of those things happened.

They overstayed their lease by about a month. To their credit, it was historically cold for part of that period but the cold snap occurred after the date they were originally supposed to be out and not before.

When they finally did leave, they absolutely trashed the place. They broke windows, radiators and left a ton of their crap and trash behind. The trash haul included drug paraphernalia among countless other disgusting items that thankfully my team took care of for me.

Unfortunately, the fun was not yet over for us as midway through the remodel we discovered someone broke into the house. Luckily they didn’t really do much damage, we did have a broken window but more frustrating for my crew was that they stole tools and supplies. Replaceable yes, however, the tools happened to belong to my contractor Jeremy who was very personally offended as these tools had been with him for the majority of his entire career. Oddly enough my favorite thing that was taken was the chips from a contractor’s lunch box. Who steals chips? I guess all the thieving makes one hungry…

You may be wondering if I filed an insurance claim. I did not. I didn’t feel that it was worth involving the police, insurance and all that business for what amounted to less than $700 worth of stolen materials. I paid (again) for the stolen materials, threw a little money at Jeremy towards what was stolen from him because I felt his pain, and we moved on with our lives.

Jeremy and his crew put the pedal down at this point to wrap up the project so that we could get to the next one. There were a few bumps along the way with the backsplash we picked out not going on correctly and needing to redirect to another option. We had a misunderstanding regarding appliances (I wanted stainless, white arrived). Other than that though, it went pretty well. I was pleased with Jeremy’s workmanship and leadership throughout the process.

The flip is done and now it was time to get the property sold. This is the function that I am most familiar with as a licensed broker and active real estate agent for the last 14 years. I had our go-to photographer (photo cred to Robert Wagner with Drop Kick Photos) take the listing photos.

I’d seen enough people try to sell properties on Zillow and Facebook on the various forums before they hit the MLS that I wanted to try and give that a shot. My thought process being if I can snare an unrepresented buyer, I could save the commission to the buying agent. When I put it out there, I got only inquiries from agents with clients under a representation agreement so my plan was foiled.

I decided that I may as well list it for sale on the MLS at that point and get max exposure. I had priced the home at 154k – which was the high middle end of what I thought was reasonable based on the area, size, beds, baths, curb appeal etc.

What happened next surprised me. There was a frenzy for the property. I had 11 showings the first day, and I listed it on a Tuesday. I expected to set up multiple showings over an early March weekend, but within 26 hours I had two offers. One for over asking and one at asking price. I went back to them both to ask if there was anything they’d like to do to strengthen their offers. The one that came at full asking moved up 5k and put it just a hair above the other. Probably more importantly though the agent representing them gave me a heartfelt pitch on why to choose their buyer. They mentioned that they have a sick family member they care for just down the block, and my capitalist instincts were overcome with a reminder about the human aspect of home buying and selling.

Needless to say, I went with that offer. We’ve since had the TISH report done (the truth in sale of housing report required in St Paul and other cities). We’ve had the buyer’s inspection done, which came back with a few things they’d like to be done to the property. Again, I have a accommodators heart and I do ultimately want the buyers to be happy, but I also didn’t want to eat up all of my potential profit, so we came to an agreement for me to do the most important things first and have a budget of $3000 for all of it. Both sides felt good about this so we proceeded.

That is where we are at now on flip one – waiting for the closing. We have another flip that is underway in Burnsville, stay tuned for blog on flip #2. 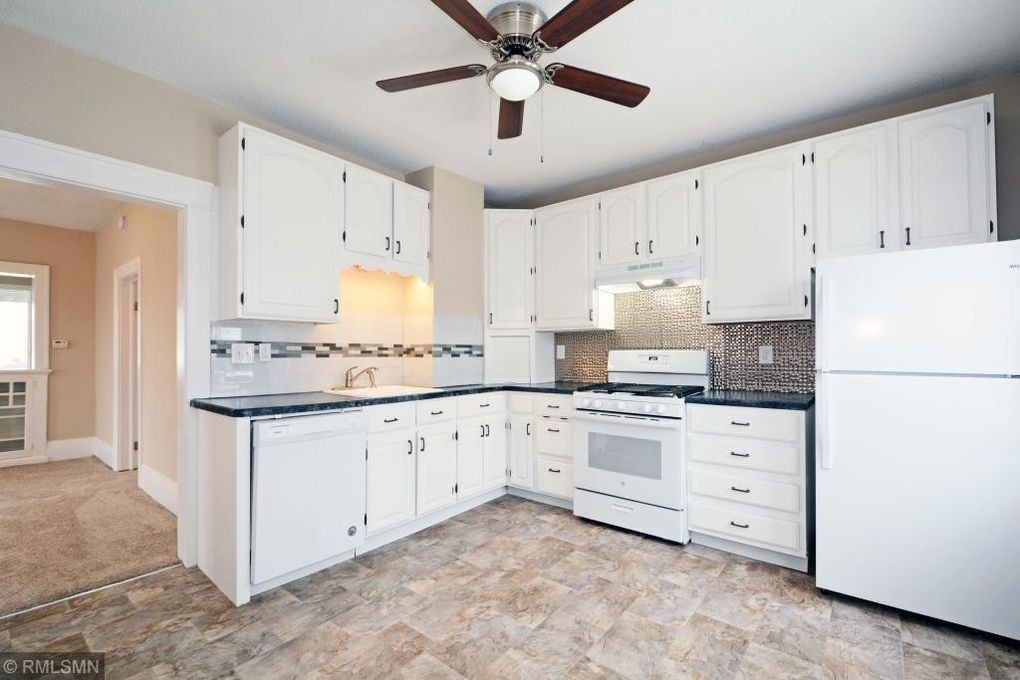